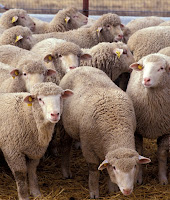 The first book club I joined in Amsterdam was, in retrospect, a bit of a mistake. My husband pointed it out after I came home from the first meeting. I was full of enthusiasm - after 18 months of mixing exclusively with mothers and toddlers I’d been in a room with men! Younger women!
‘You haven’t joined a book group,’ he said, ‘You’ve joined a singles club. Everyone else is on the pull.’
He may have been right. The group consisted of earnest but beautiful American women and eager British and American men of varying attractiveness. But I wasn’t bothered. I was only too delighted to discuss anything that didn’t involve potty training. It was also quite entertaining - for me anyway – that one of the single men actually worked for my husband. Amsterdam is a small town. Especially if you’re an expat.
One of the first books we discussed was ‘How to be Good’ by Nick Hornby. Reading this book took me straight back to my lost, lamented North London - the cynicism, lack of public spirit, the terraced streets where no one knows their neighbours, the incredulity when a man decides to help others. I loved it. But Alison and Loren, the cute American women weren’t so keen. “Such a downer,” complained Alison. “Why were they all so miserable?”
“Well…errr…they’re Londoners,” I said, feebly.
“But it just wasn’t plausible,” insisted Loren. “All these good works…their churches would be doing that. It just didn’t ring true.”
“But no one in Britain goes to church,” I exaggerated. Slightly. They looked at me open-mouthed. The British men looked sheepish, and shuffled their feet. And changed the subject. After ten minutes of book chat we started talking about the difficulties of being an expat.
I should have been warned. But I kept going. After all, one of the great comforts of expat life is finding other foreigners to complain to. Our meetings settled into a regular pattern. Half an hour of book talk, then ninety minutes of moaning about Holland and the Dutch, followed by another half an hour’s debate about our next book. Occasionally my husband’s employee forgot himself and whinged about his job. It was great fun watching his horror when he realised that I was in his audience.

Then Alison suggested we read The Alchemist by Paolo Coehlo. “Of course I’ve read it many times,” she said. “But we never read anything uplifting or spiritual. I’d love to share this book with you.”

I read The Alchemist, with none of the awed admiration shared by the millions of readers that have made Coelho a bestseller around the world. The fable of a shepherd boy who leaves his flock and follows a dream to find treasure left me stone cold. I arrived at the meeting in a state of trepidation. How could I trash Alison’s favourite book?

First Alison and Loren spoke about their profound connection with Coehlo’s story. The hidden meanings, the biblical allusions. The simplicity of the message within. “Sometimes we all have to make that decision,” said Alison. “To leave our flock and follow our dreams.”

That was my breaking point. “Nonsense!” I said. “Wait until you have children! You can’t abandon your flock then. You’re too busy looking after your bloody flock to have a dream. Forget the treasure. You’re more likely to be trailing around after someone else’s sodding dream.”

There was a silence. And then Simon, one of the single men raised his head and looked Alison bravely in the eye. Simon must have realised by then that he’d been out-classed in the pulling stakes by my husband’s rather handsome underling. “I have to say,” he said, diffidently, “that I did think this book was complete and utter bollocks.”

Soon after that meeting Alison drafted in reinforcements. A colleague with an unparalleled ability to drone on for hours telling us about her own experience of anything connected with the book in question. She was unbearably dull. And she was Dutch, so our cosy moaning sessions were somewhat curtailed. I realised that every time I went to book club I came away with a headache. And I quit.