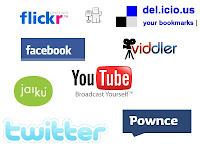 It’s my 100th post! How exciting! And to mark the occasion my lovely husband and adorable children have offered to write a guest post. They’ve made me a cup of tea and say I’ve got to put my feet up and watch Match of the Day. Wow! I wonder what they’re going to write…..


Nine months ago we had a wife and mother. Then she got a book deal and started reinventing herself. She began banging on about social networking and building a platform.
And now we have an addict on our hands.
She says she’s just going to spend five minutes checking her messages, and two hours later she’s staring vacantly at the screen, flicking mindlessly between Facebook, Twitter and Blogger.com.
What’s more she scoffs at a serious professional networking site like LinkedIn, claiming it’s ‘boring’. Well, what’s so interesting about looking at Facebook to discover that Gillian Philip’s had a cup of coffee or Fiona Dunbar’s eating an banana?

I can’t even complain, because I know that her years of journalistic experience will enable her to twist my words and report them in her Facebook status for her hundreds of new ‘friends’ to laugh at. It’s like living in the Big Brother house. Or with Julie Myerson. And on Facebook she’s started calling me ‘The H’ which apparently is her new pals’ code word for ‘bumbling idiot’.
If we’re watching something on television - even football - she’s constantly tapping away on her laptop, tweeting inane comments to her mates on Twitter - completely ignoring her family. All we get is the occasional burst of laughter as she responds to some puerile tweet - or a request to help with the spelling of words like ‘Fabregas’ and ‘Avatar’.
Sometimes we manage to drag her out of the house, for a bracing walk on Hampstead Heath. Within minutes though she’s nicked my BlackBerry and is dragging her feet, trying to catch up with the social life of a couple of rodents. Thank goodness our guinea pigs are - so far - not on Facebook.
The blog is the worse. Not only has the amassing of followers fed her not inconsiderable ego, but the amount of housework and administration that we are expected to do has steadily grown.
Everything that happens to us is fodder for the blog. A visit from the police at midnight? ‘Pure blog gold’ according to Keren. ‘Shame they didn’t break the door down,’ she added, ‘That would’ve been more dramatic. Shall I pretend they did anyway?’

When we point out that all this creative energy would be better poured into paid work she just shrugs and says ‘One day it will pay for itself. You'll see,’ So far there's no sign of this fantasy coming true. She probably thinks she's going to get spotted by a newspaper editor who'll make her the new Jan Moir. Well, somehow I doubt that even Keren could reach the required level of offensiveness, although she does her best.
Worse, she claims to have made new friends through all this computer activity. What an appalling example for the children. One minute she’s warning them about stranger danger on the internet. The next she’s firing off emails to people with dodgy pseudonyms like PoodlePowered and MrsBung. Mrs Bung. I ask you. Probably a hairy old pervert drooling over his webcam.
She’s even embarked on a lengthy correspondence with an unsavoury character who calls himself Fish. I’m pretty broad-minded - I have to be - but what husband wants his wife writing emails to a Liverpool supporter?
Apparently she was drawn into this addiction by someone known only as ‘Candy Gourlay’ - clearly an assumed name – who runs an innocuous looking website which lures unsuspecting children’s authors into a web of ‘social networking’. I’ve done a bit of digging on this ‘Candy’s’ background and my theory is that she is trying to distract other authors by getting them hooked on blogging and the like while she writes brilliant books herself with little competition.
Anyway, I’m appealing to you ‘followers’. Please stop feeding this sad woman’s addiction. Don’t read her blog. Don’t tell your friends about it. Instead, buy her book. Then she’ll get the idea that she’s much better off spending her time writing a new one.

That’s all from me. Now the kids want their say.

Duh! Why did you write so much? No one will read all that boring stuff. No offence Dad, but you know nothing about the internet. You don’t even know what OMG stands for. Or LOL or LMAO or G2G…
Anyway. It’s very simple. Mum is embarrassing us. She posts stupid pictures on Facebook and claims they are of us. She writes stupid stuff in her blog, claiming to be true stories about us…even though she has PROMISED not to.
Well, she’s not getting away with it any longer. She doesn’t realise that we know much much more about computers than she does. We’ve hacked her accounts. We know her (pathetically weak) passwords. We’re stripping out her Facebook account, disabling her tweets. And as for this blog -
Posted by Keren David at 14:34