Atom Editorial Director Samantha Smith has acquired two new "home-grown contemporary YA" novels by multi-award-winning author Keren David, buying UK and Commonwealth rights from Jenny Savill of Andrew Nurnberg Associates International Ltd.
The first of the two stand-alone novels, Salvage tells the story of two siblings from a neglectful home, who were separated as young children when one was adopted by a middle-class family. Now aged 16 and 18 they are reunited through Facebook, with none of the preparation and support that social workers advise.

"Keren David treads that immensely difficult line between being compulsively readable but not shying away from many of the real, and heart-breaking, issues that teens face," says Smith. "We’re thrilled to be bringing such a strong, British author onto the list and have big plans for Keren in the future."

A former journalist, David made the transition to writing teen fiction with the publication of When I Was Joe in 2010. Her latest novel, Lia’s Guide to Winning the Lottery, was published in summer 2011 and is currently being made into a musical.

"I am thrilled to be working with Atom," says David. "I think there's a growing audience in the UK for home-grown contemporary YA, and it's great to get a vote of confidence from a leading publisher." 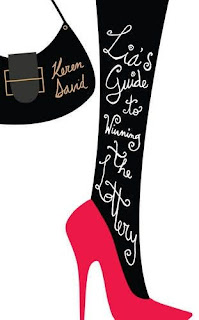 I haven't posted much on this blog recently because I've been busy with all sorts of things, most of them secret. I've been writing and having meetings and writing some more, and I hope to have some news about some of that quite soon.
But in the meantime something has happened which I can talk about. Something, in fact, which I can sing about. LIA'S GUIDE TO WINNING THE LOTTERY IS GOING TO BE A MUSICAL!
I have to admit when I first got the email, I thought it was too exciting to be true. Perfect Pitch, an Arts Council funded company which creates and supports new musical theatre and then licenses it for performance, had been researching the idea of a musical about a teenage lottery winner and came across my book. They read it, enjoyed it and thought it would work well as a musical. As Lia might say: SQUEEE!
I've never been involved in anything to do with musical theatre before, but when I was a teenager it was definitely an ambition of mine to write a musical (an ambition so deeply buried that I'd forgotten all about it until Perfect Pitch got in touch). And musicals must be in my blood -my maternal grandparents met when they co-starred in a youth club production of Glbert and Sullivan's Yeoman of the Guard.
Most amazingly of all, Perfect Pitch had already workshopped a few scenes with some drama students, so I was able to see my characters acting and singing -  something that broguht tears to my eyes.
The plan is to get on with the writing and staging quite quickly, in order to showcase the new musical to theatre compnaies next year. I can't wait to learn more about how a musical is put together. It's been the perfect mood-lifter during some tense and stressful months. I'll be reporting on our progress in the next few months. 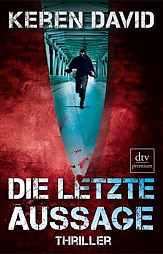 Some other news: My Brazilian publisher Novo Conceito is going to publish Another Life as well as When I Was Joe and Almost True. Lia's Guide is now on sale in the Netherlands, published as Wat te doen met acht milijoen?  And my German publisher, dtv has revealed the cover for Almost True (published December)  The title means 'The Last Statement'.
Posted by Keren David at 14:15 2 comments: